LOU REED, founding member of the Velvet Underground and one of rock’s most influential musicians, died Sunday on Long Island at age 71. Reed had been ill for some time, and had undergone a liver transplant earlier this year.

This is the saddest news in music since the death of the great Joe Strummer in 2002.

Lou Reed’s career spanned close to five decades. Debating what was or wasn’t his most important work is of course a subjective and perhaps pointless exercise, but in my opinion Reed was responsible for three of the best rock songs of all time. Those would be “Sweet Jane,” “Rock & Roll,” and the seven-minute ode, “Oh! Sweet Nuthin!”

Remarkably, all three of these songs appear on the same album, 1970’s Loaded. The first two, in fact, are back-to-back as the record’s second and third tracks. I dare anybody to come up with a stronger one-two punch.

The greatness of those songs can be appreciated long-form, or parsed into seconds. Check out the drop, the gear-shift, at time 2:28 in the song “Rock & Roll.”

Understandably, “Sweet Jane” would become one of the most covered songs ever (my favorite version being the playful Jazz Butcher’s cover from the Gift of Music album in 1985).

Not to diminish the Velvets’ earlier, more avant-garde efforts (still waiting for one of the obits to mention “Sister Ray”), but it’s Loaded, whether because or in spite of its mainstream accessibility, that puts Lou Reed in the pantheon. 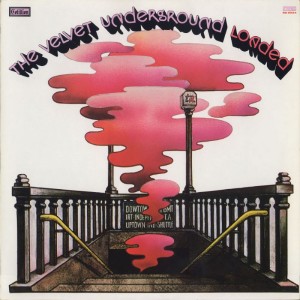 Meanwhile, as we know, celebrity deaths, like tropical storms (and plane crashes), seem to happen in threes — or at least in twos. Marcia Wallace, voice of Edna Krabapple on Fox TV’s “The Simpsons,” died this weekend at age 70.

Wallace joins Phil Hartman as the second “Simpsons” star to die during the show’s run. Hartman, the voice of actor/pitchman Troy McClure and the inept attorney Lionel Hutz, was murdered by his wife in 1998.

Maybe this is in bad taste, but perhaps the death of Ms. Wallace will persuade the execs at Fox to finally the pull the plug on America’s favorite family?

At its peak, between 1992 and 1996, “The Simpsons” was untouchable. “A spectacular five-year run,” said the writer Charles Bock in a recent issue of Harper’s “in which the show was as consistently funny and refreshing and innovative as anything in the history of broadcast television.”

Very true. And a very long time ago. In the years since, the show has gone from untouchable to unwatchable.

Creative decline is to some degree unavoidable and happens to everybody. How tragic it has been, though, for something once so brilliant as “The Simpsons” to have become so crass and embarrassing. The show once excelled with its masterfully hewn characters, rapid-fire comic timing and a welcome lack of the sort of self-congratulatory comic vanity the networks normally give us. The scripts were wry and irreverent, but never obnoxious. “The Simpsons” was art.

And then something — I don’t know what, precisely — began to go terribly wrong. There is no single moment — a switch of writers or producers, for instance — that commenced the demise, but within a season or two the scripts began falling apart. By 1998 the show was terrible, and has remained that way: tediously self-conscious, bloated with slapstick and annoying plots hitched cheaply to various events, celebrities, and products drawn from popular culture.

In its prime, only rarely would “The Simpsons” venture into pop culture or current events. Its plots and archetypes were fixed and timeless, which is much of what made the show so good for so long. Abandoning this approach is much of what ruined it.

Am I the only one who feels this way? In October, 1990, the openly gay actor Harvey Fierstein appeared in a fondly remembered episode playing Homer’s personal assistant, Karl. Watching this episode today, you see how deftly the writing and directing was able to incorporate the theme of implicit homosexuality. Not once is the word “gay” uttered; there are no political overtones or kitschy ironic references to Karl’s sexuality. By comparison, one needs only to endure the 1997 guest appearance of filmmaker John Waters to see how weak and witless the scripts would become. When Fierstein was asked to appear in a sequel to his 1990 appearance, he found the script so void of subtlety and overflowing with kitsch that he refused not only the initial offer, but a rewrite as well.

Whatever made the show sick, it so unraveled its DNA that today, watching re-runs, the eras are plainly distinct: a veteran fan can usually differentiate Simpsons “old” from Simpsons “new” within about the first ten seconds.

Sadly, the longer “The Simpsons” plays on, the weaker and more diluted it becomes in our cultural memory. Somebody pull the plug, please.

Okay, go ahead, start posting those insults in the comments boxes below. And be sure to include a snarky reminder that I’m a pilot, not a music or media critic, and that I should stick to aviation.

It’s difficult to broach the subject of creative decline, prevalent as it is, without drawing the usual criticisms: You’re stuck in the past, you’re a Luddite, you’re an old fart who hates change, etc.

I once wrote a column for Salon in which I tracked the fall of several well-known bands. All artforms are prone to this sort of arc, but it’s especially common in music. (Though maybe not inevitable: Loaded, that Velvet Underground album with three of the best-ever songs, was the band’s last.) For example I described The Replacements’ 1981 debut, Sorry Ma Forgot to Take Out The Trash, as “the greatest garage rock album of all time,” while also submitting that the band’s later-career material, for which it is much better known, is by comparison a huge disappointment. Man, that got the letters coming in.

But I believe that I’m right. There’s a tendency, I think, for once-marginalized musicians to grow overconfident after achieving a certain measure of success. And when they do, their albums become overextended; self-conscious and self-indulgent. Tim, an album released in ’85, was the last memorable effort from the Replacements. Next came the gutless Pleased to Meet Me, marking the unfortunate point where the ‘Mats jumped the shark.

(If you need additional proof, Wikipedia reports that Green Day vocalist Billie Joe Armstrong said of seeing The Replacements perform live after the release of Pleased to Meet Me: “It changed my whole life.”)

This was around the same time that Husker Du, that other indie sensation from the Twin Cities, also jumped the shark. They signed with Warner Brothers and promptly treated us to an album named Candy Apple Grey. There are two outstanding cuts on that record: the bookends “Crystal” and “All This I’ve Done for You,” both written by Bob Mould. But they are poor compensation for the horror of Mould’s “Too Far Down” or the piano-laced abomination that is Grant Hart’s “No Promise Have I Made,” one of the most pretentious rock songs in history. Every copy of Candy Apple ought to be tracked down, baled up, and scuttled at sea.

(More proof? Armstrong and Green Day again, with a whole catalog of fantastic Husker songs to pick from, opted to cover “Don’t Want to Know if You Are Lonely,” a so-so cut from Candy Apple Grey.)

These sorts of collapses can happen surprisingly early in a band’s career. Consider REM, whose first two full-length albums, Murmur and Reckoning, are masterworks. But the latter was released in 1984, almost thirty years and dozens of watery, throw-away albums ago.

I think REM lost it around the time Michael Stipe decided to sing in actual lyrics rather than in tongues. If you’ve got a copy of Murmur around, throw on the song “Shaking Through.” It’s beautiful. And it’s also hilarious, because although Stipe sings in a slow and meticulous voice, with every syllable perfectly audible, you still can’t understand a single word he’s saying!

As a sign on a bin in a Boston record shop once put it: “REM: the only band that mutters!”