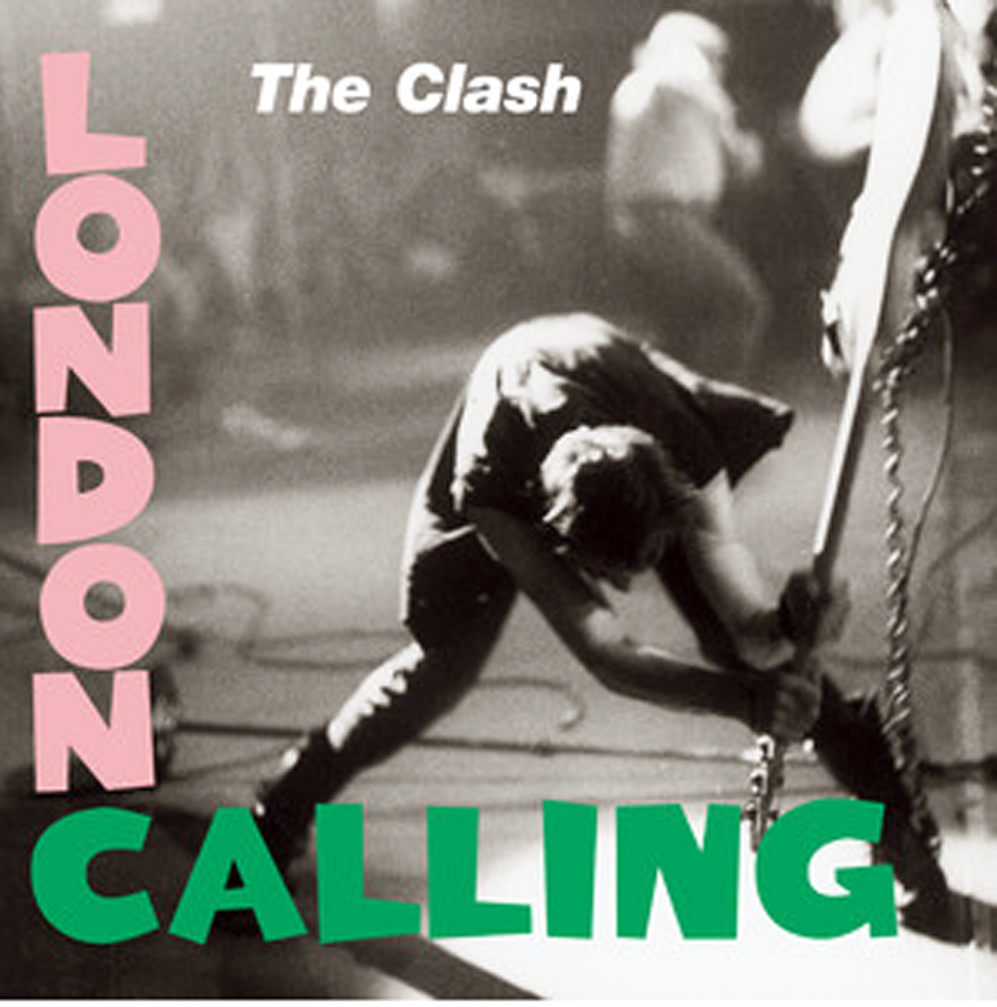 LOTS OF MEMORABLE THINGS happened in Decembers past. The final flight of Pan Am, for instance, took place in December of 1991. Three years before that, just a few days before Christmas, was the Lockerbie bombing.

But let’s talk instead about the Clash — yes, the British punk rock band led by guitarists and co-vocalists Joe Strummer and Mick Jones. A number of anniversaries mark December as “Clash month.”

We’ll start with December 14th, which was the 43rd anniversary of the release of London Calling, the band’s most famous album and arguably — argues me — one of the greatest rock records of all time.

This was a double LP (back when there were such things) clocking in with 19 songs, almost all of them outstanding. If there’s a singular highlight, it’s probably “Death or Glory,” which to me is the finest song in the entire Clash canon. But on the whole its best songs are the more freewheeling and divergent: “Jimmy Jazz,” “Rudie Can’t Fail,” “Wrong Em Boyo,” and the ska-powered “Revolution Rock…”

Careful how you move, Mac, you dig me in me back,
And I’m so pilled up that I rattle.
I have got the sharpest knife, so I cut the biggest slice
But I have no time to do battle.
Hey!

What’s all that about? Who knows, who cares. It’s just fun, dammit. And, at the other extreme, a few songs prior, here’s Mick Jones getting all historical on “The Card Cheat”…

From the Hundred Years War to the Crimea,
With a lance and a musket and a Roman spear,
To all of the men who have stood with no fear,
In the service of the King.

I mean, wow. What rock band would dream of writing a song that today? Do they even have rock bands anymore? 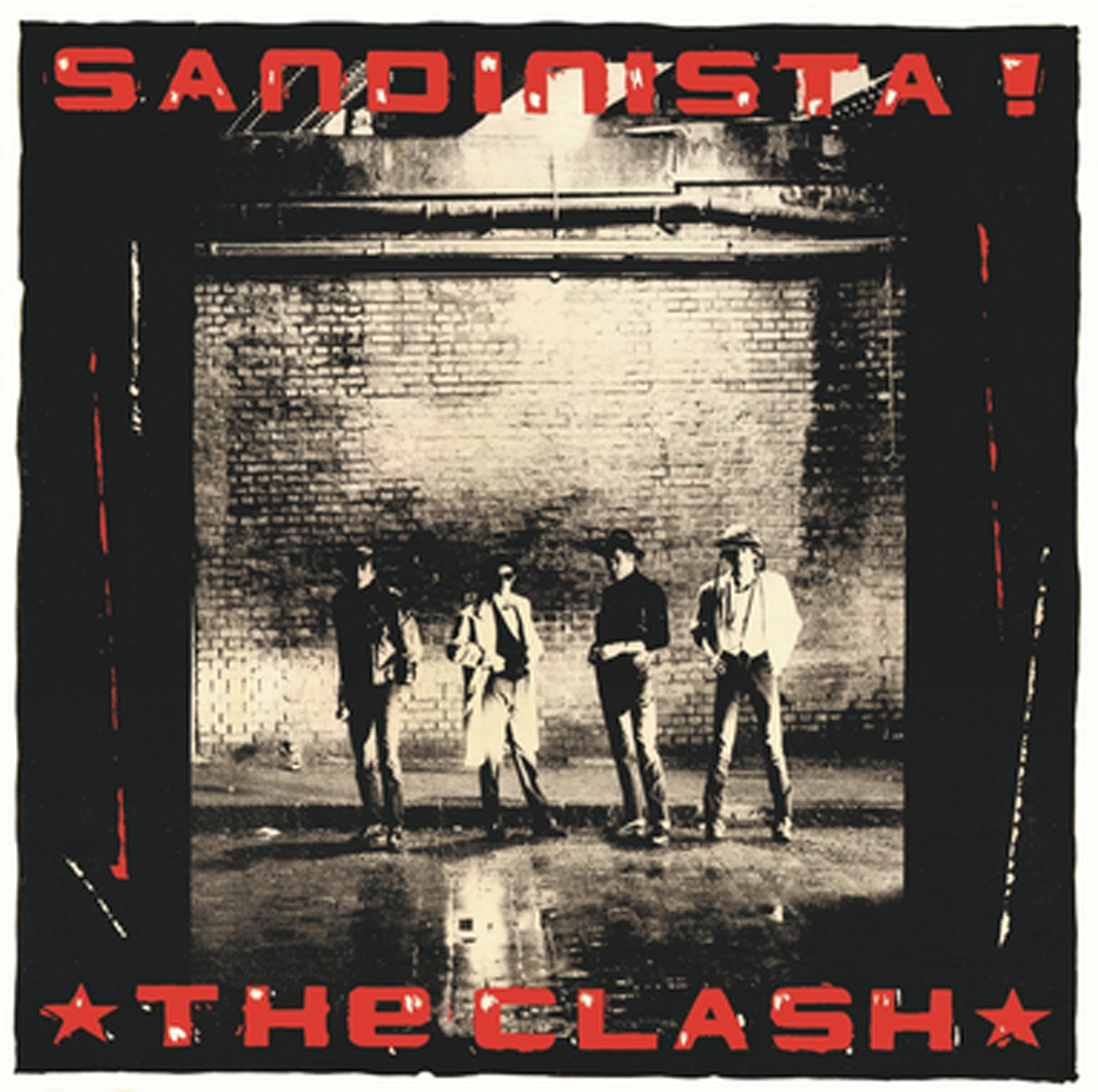 Only two days earlier, December 12th, was the 42nd anniversary of the release of Sandinista!  Not to be outdone, this was a triple album (three pizzas, count ‘em, in the box) loaded with 36 songs.

Trying to describe Sandinista! is like trying to describe New York City — where a portion of it was recorded, along with London and Jamaica. Where do you start? It’s a staggering — and, for its time, quite brave — melange of punk, reggae, calypso, gospel, funk, dub. And lest we forget, the record’s opener, “The Magnificent Seven,” was punk rock’s first-ever foray into rap.

The title’s reference to the ’80s-era conflict in Central America will clue in the novice to the Clash’s idealistic underpinnings, and Joe Strummer spent his career singing and speaking on behalf of social justice, the politics of Nic-a-rag-you-ah, certainly, among them.

I’d had Sandinista! hanging around for years, but had never really given it a listen beyond the obvious, like “Charlie Don’t Surf” (taken from a line in the movie Apocalypse Now) or the sweet chimes of “Washington Bullets.” All that wax, all those songs; it seemed so daunting. How does one even approach a triple album? But for no special reason I threw it onto the turntable in the winter of 1991 — already it was more than a decade old — and started paying attention.

The first things to hook you might be the steel drums of “Let’s Go Crazy,” or the oddly beautiful “Silicone on Sapphire,” which is the skeleton of “Washington Bullets” set to a host of electronic effects, xylophone, and mysteriously alternating, left channel/right channel voices. Or take a loud listen to “The Sound of the Sinners,” with Strummer as a valiumed preacher singing in desperate euphoria to his congregation. My favorite cut, though, is probably “Living in Fame,” sung the by reggae star Mikey Dread.

Three discs, 36 songs, and a lot of stylistic zig-zagging. But it never feels pretentious or over-extended. On the contrary, Sandinista! is an elegant work of art. 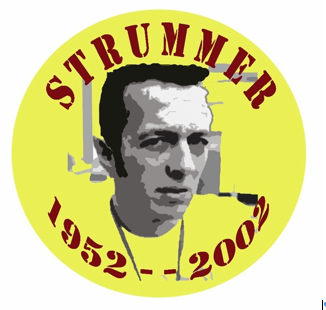 Where were we? Oh yes, Clash bassist Paul Simonon also celebrated his 67th birthday this month.

But most poignant of all, December 22nd marks the 20th anniversary of the death of Joe Strummer. Joe died from a heart attack in 2002. He was only fifty.

Several of my music heroes have left us over the last several years: Grant Hart, Pat Fish, Lou Reed. The deaths of Hart and Fish hit me on a particularly sentimental, even personal level. But from a less subjective, purely artistic point of view, I suppose the loss of Joe Strummer has been the most tragic of all.

While it’s from neither of the aforementioned albums, here’s something to clear your head. This was, you might notice, before Strummer got his teeth fixed. And behold the mullet on Mick Jones.